Wondering what the roads are like on your way to work today? Critter Radio, KRTR 99.9 FM, presents the Critter Traxx Traffic report, sponsored by Critter Traxx Granola. Let’s go to Darryl Dragonfly, our Eye in the Sky. Daryl, what are you seeing on our highways and byways today? 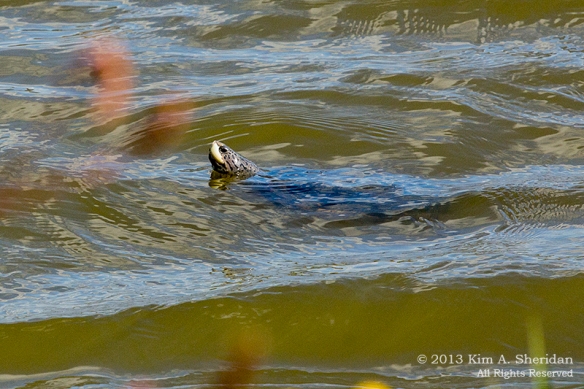 Well, folks, it’s a typical rush hour here in southern New Jersey, not a lot of volume, but traffic is crawling. Up north at Edwin B. Forsythe NWR, many of the thoroughfares are actually waterways. Diamondback terrapins are the ultimate sport utility, built for land or water, but not speed. Slow and steady wins the race.

This grasshopper may not seem to be tearing up the asphalt, but he’s leaps and bounds ahead of everybody else!

FUN FACT: Grasshoppers hear with their tummies! They have a simple auditory organ, called a tympanum, on each side of their abdomens. They’re much better at detecting rhythm than pitch. They also “sing”, by either rubbing their legs against their wings (stridulation) or snapping their wings while they fly (crepitation). 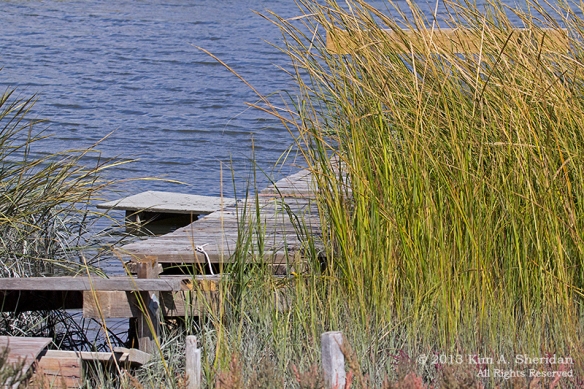 I’m making my way over Ocean City now. Traffic here is in better shape. Bay Avenue is all clear.

The dolphins are swimming along at a nice pace.

Whoops! Bit of a fender-bender on the southbound Ocean Turnpike. Looks like the sun glare got in somebody’s eyes.

Back on land, right of way issues have some coquina shells at a complete standstill. Don’t you just hate those four-way stops? Nobody ever wants to cross the intersection first. “After you.” “Please, you first.” “No, I insist.” 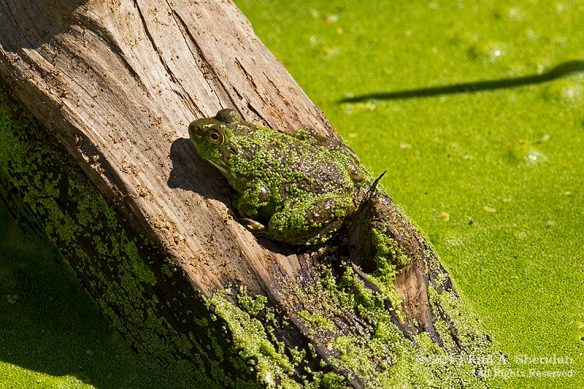 At Cape May Point State Park there was a massive duckweed spill moments ago. A green frog looks like he’s wearing most of it! He’s been forced to pull off on the shoulder of the eastbound Creek Expressway. A trip through the frog wash may be in order.

Hoping to avoid the duckweed altogether, an American Lady is enjoying a break from her travels. Nothing like a little flower nectar at the truck stop for a nice respite.

Maybe we should all take a page from her book and call it a day. This is Darryl Dragonfly, your Eye in the Sky, with the Critter Traxx Traffic report on Critter Radio, KRTR 99.9 FM. Remember, be nice to your fellow travelers.

CONSERVATION PIECE: The northern diamondback terrapin is the only turtle out of 300 species to live in brackish waters like those found in the coastal salt marshes, above. The terrapins are at the top of the food web and play an important role in keeping the populations of their prey from growing out of hand. Diamondbacks are themselves in a lot of trouble in New Jersey, however. They have lost a lot of the salt marsh habitat in which they live and the barrier island sand dune habitat in which they nest. They drown in commercial crab traps. Human car traffic kills an average of more than 500 gravid (egg-laden) female terrapins each year in Cape May and Atlantic Counties alone. Thankfully, dedicated people are fighting to protect the turtles, by building barrier fences, helping turtles cross roads safely, rescuing injured turtles, and even retrieving eggs to incubate them and rear the young turtles. For more information on this effort: http://wetlandsinstitute.org/conservation/