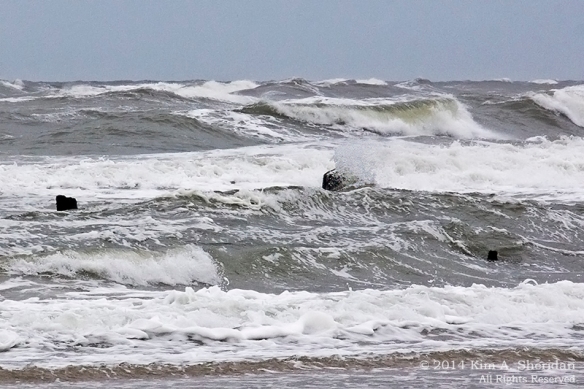 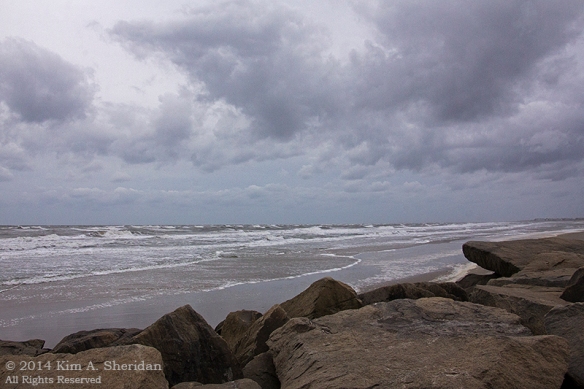 For two days the Jersey Shore was buffeted by high winds and draped with ominous gray clouds. The heavy rains came at night. 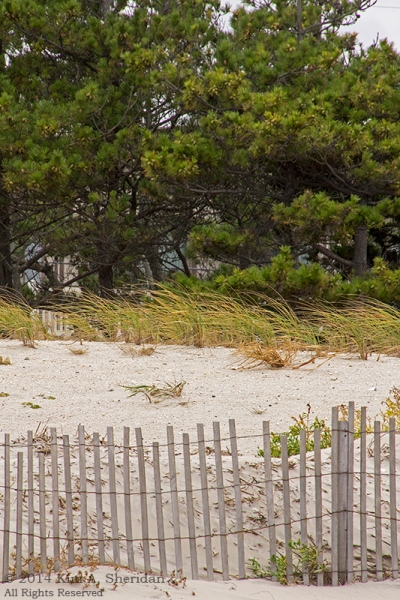 Great Black-backed Gulls have the bulk to cope with the wind. The tiny Sanderlings were blown this way and that.

Sea foam at the water’s edge jiggled in its best Jell-o impression, trembling violently before breaking loose to dance up the beach. Small dollops skimmed just above the sand’s surface like pucks on an air hockey table.

FUN FACT: A scientifically-minded friend saw sea foam and burdened it with the moniker of “surfactant”. Unromantic, but partially correct. Foam is formed of air, water and a surfactant. Surfactants are compounds that reduce the surface tension of water, allowing air bubbles to form. Each surfactant molecule has a hydrophobic (water-repellent) end and a hydrophilic (water-loving) end. In a group, they line up in such a way that a thin layer of water is between the hydrophilic ends and takes the shape of a sphere – a bubble. Put lots of bubbles together, throw in wind-agitated wave action, and you’ve got foam. 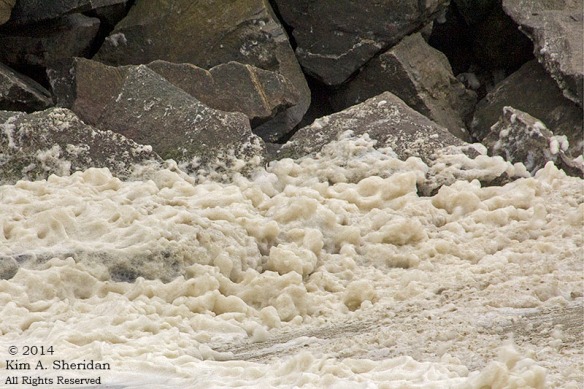 Surfactants can be man-made, like fertilizers, emulsifiers and detergents; that’s why soap lathers into bubbles when you take a bath. In the ocean, the surfactants are usually dissolved organic matter such as algae, seaweed, and other tiny marine organisms. That organic matter is a vital part of the marine food web that would otherwise go unnoticed. In a way, sea foam is microscopic life made visible in quivering, dancing morsels of bubbles.

A Tempestuous Tanka
Or, The Downside of Scientific Correctness

A creamy mist hovered inches above the ground. Creamy, by appearance. The sensation was of being pelted with a thousand stinging little grains of sand. 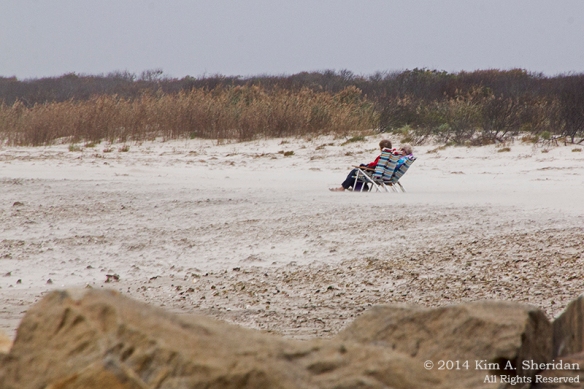 …Which didn’t dissuade these two beach goers. There’s always someone who will sit on the beach, no matter what the weather.

A bad day at the beach is better than a good day anywhere else!