I’m not fond of the color brown. In fact, I don’t even think it’s a color. It’s more like a background, and one I’m tired of. For most of my life I lived in a beige house, which is brown in a wishy-washy mood. With apologies to my U.S. Fish and Wildlife Service friends in their brown and tan uniforms, the only good brown thing is chocolate.

As mild as this past winter was, I really have no cause to complain. But since the trees and shrubs lost their leaves in November, life outdoors has been a sea of brown bare trees and beige dried foliage. Now, I admire the structural bones of a single bare tree as much as the next person, but this is too much of a good thing. Momentary escapes to the Pine Barrens and Jersey Shore offered only momentary relief from the monotony. After five months, I am ready for change. 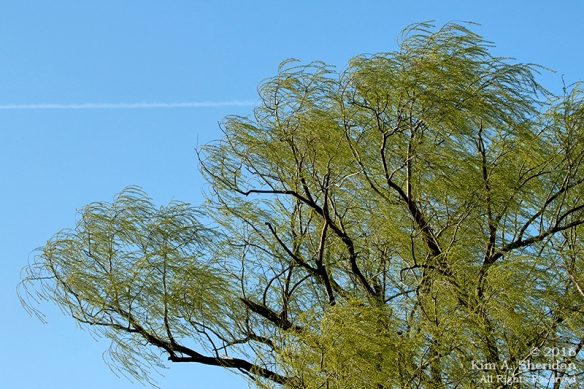 What a relief to see green in all its variations on a recent evening walk at John Heinz NWR, and soak in the sights and sounds of the new arrivals early Spring brought with it. Like the willows dancing in the breeze while a jet contrail slices the clear blue sky. 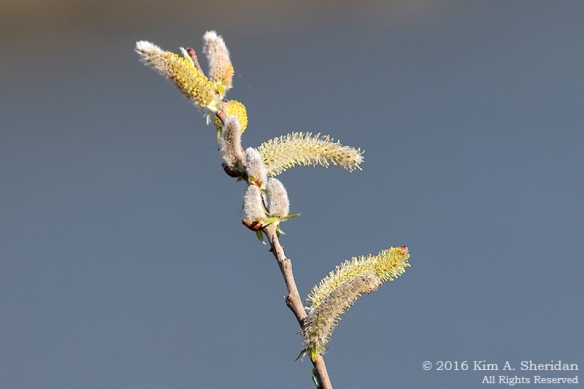 Spring greens are subtle. Pussy willow along the water’s edge.

Sometimes the green is the canvas on which other colors are painted. Just the carpet of green leaves would be welcome sight. The golden flowers add that touch of flair.

Sometimes spring greens are red! At this time of year, many of the trees are bright crimson, as the red maples burst into bud…

Sometimes the green is not so welcome, like new shoots of Phragmites, an invasive plant found throughout the Refuge that a friend and I are trying to eradicate from a small plot. We knew it would come back. The fight is renewed for another growing season.

The greening of the land brings with it new arrivals freshly returned from their wintering grounds. Red-winged Blackbirds have been back for a few weeks. Their CONK-ER-REE calls are anything but musical, but nonetheless music to my winter-weary ears.

The air is filled with the songs of birds. Song Sparrows, Carolina Wrens and Cardinals join the blackbird chorus. There’s an amphibian choir singing as well, as frogs have come out of the mud where they spent the winter to look for mates. The aptly named Spring Peepers make a surprisingly loud, high-pitched PEEP continuously. These are tiny frogs, no bigger than a fingernail. In all my searching, I have never seen one, though I have been nearly deafened by their noise. Singing tenor to the peepers’ soprano are the Wood Frogs, who sound more like ducks, with their ragged QUACK call.

Snapping turtles have also come out of the mud, and cruise along at the water’s surface. 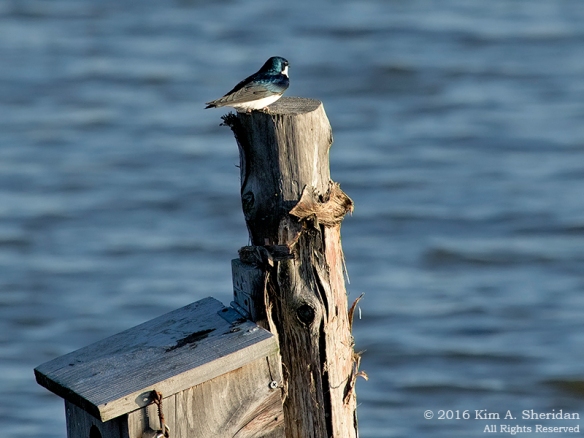 Tree Swallows came back recently. Now the sky over the impoundment is filled with the little blue jewels hawking insects. Which means, of course, that the insects are back too. The marshy environment of Heinz Refuge would be miserable with mosquitos were it not for our swallow friends. Which is why we have nest boxes for them. 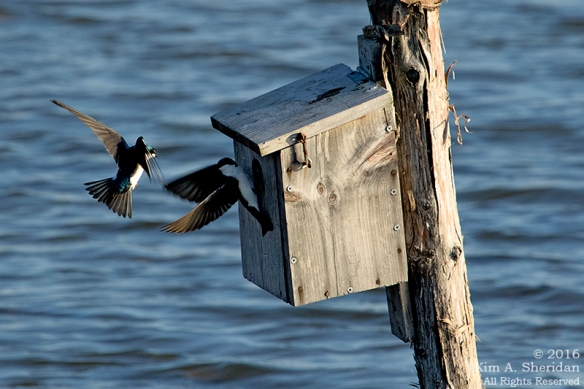 Frequent squabbles break out over those nest boxes. This is prime real estate.

Great Egrets arrived last week. This one was enjoying an hors d’oeuvre, hoping for a more filling main course. 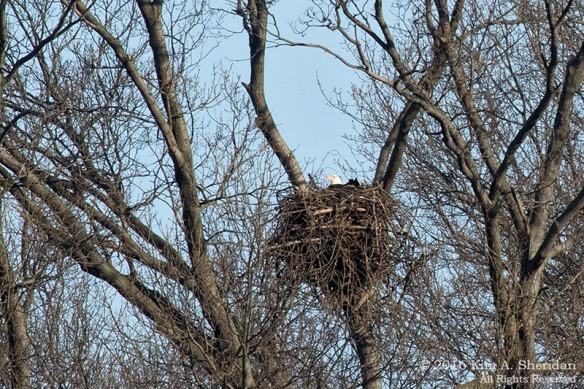 Here’s the greenest photo of all. Yes, I know – there’s no green, just the dreaded brown. This is one of our Bald Eagle pair sitting on its nest. Inside that nest are one or more eggs. Any day now (it might already have happened) a tiny, fluffy eaglet will break its way out of the shell and start its new life.

New life. It just doesn’t get any greener than that.