BUCKS COUNTY, 1781… A band of ruthless outlaws known as the Doan Gang rob the Bucks County Treasury in Newtown of 1,300 pounds sterling. It was one of many crimes committed by five Quaker brothers and their cousin. Loyal to the British crown, the Doans made a career out of robbing Colonial tax collectors, stealing horses to sell to the British and even spying for the Redcoats. According to numerous legends, the gang amassed a small fortune, and stashed the loot in one or more caves in the hills of Bucks County.

BUCKS COUNTY, 2016… A band of intrepid explorers go in search of the Doan Gang spoils. The most well-known of the caves is rumored to be along the banks of Tohickon creek. The only clue to its whereabouts is a small dot on a Bucks County map labeled “Doan’s Cave.”

Well, that and a few Internet photos and postings that serve as a signpost to the impossible-to-miss cave.

Conveniently, there’s a State Park, and a trail.

The latter was a scenic walk along the creek, with a couple of tricky crossings over steep banked runs that fazed our daring adventurers not one whit. Soon enough, rock outcroppings began to appear on the hillside above them. Just the place for a cave. 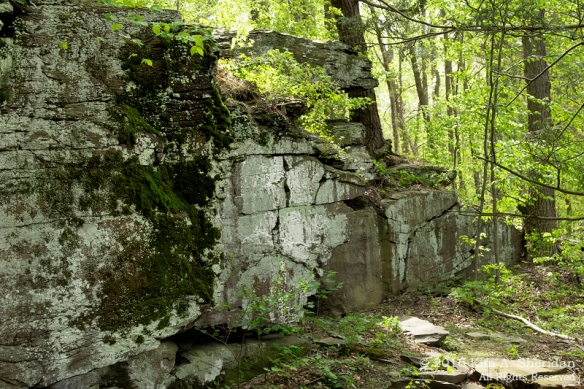 The first such outcropping held no cave, but sported an impressive covering of lichens and moss. It was also an irresistible place for some camera-mugging by the irrepressible Major Robb, not seen here. 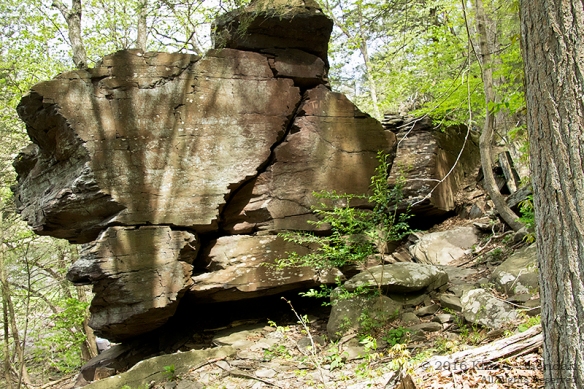 The next rocky formation had been cleft nearly in two on one end. Two trails split around it. Which to follow?

Left, and down, to the base of the rocks. 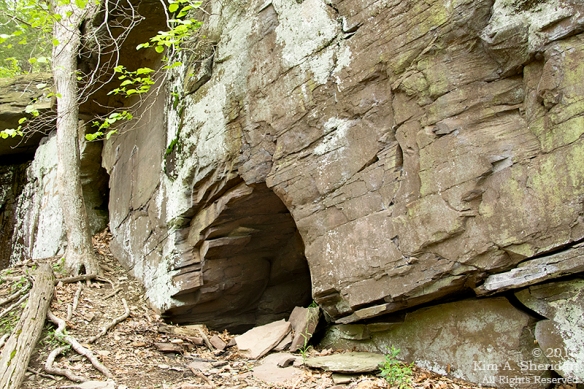 Obviously our heroes were far from the first to seek their fortune here. Someone had even been kind enough to put down cushy floor boards for their fellow treasure hunters.

… And standing stalwart and resolute amongst the boulders. Why does Major Don look so sad?  Clearly the disappointment of finding no Doan Treasure in Doan’s Cave weighs heavily upon his mind.

Being lighter of heart, the other members of the expedition make a foray to the shores of Tohickon Creek.

Our fearless fortune-hunters, finding no gold or silver, went off in search of other types of treasure. This they found in spades on the far side of the creek. The footpath led over a covered bridge, which was in fact not covered at all. A faux bridge.

The creek-side path yielded a bumper crop of wildflowers. This was a source of boundless amusement for Major Robb, who busied himself attempting to identify each one. Conveniently for the rest of the expeditionary party, it got him out of their hair. 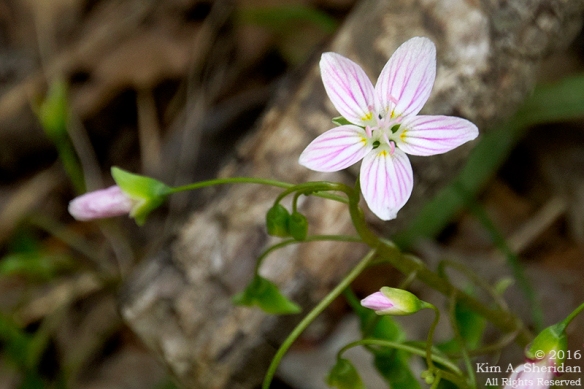 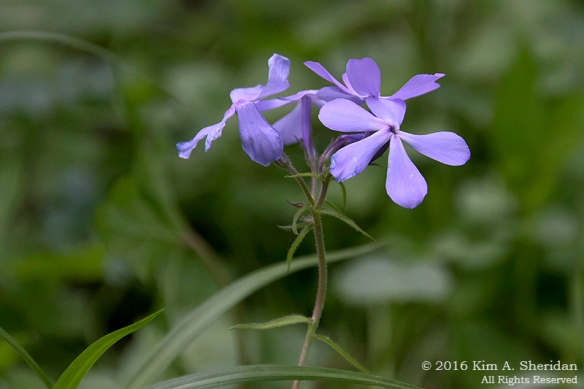 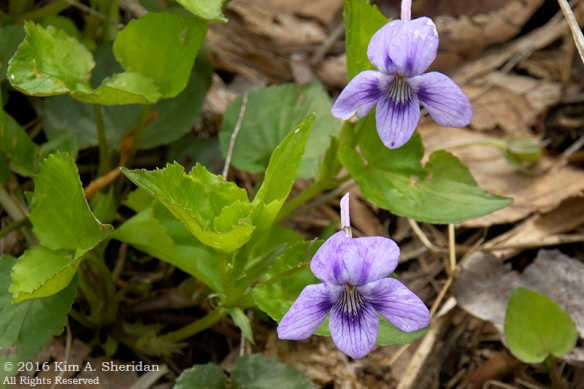 A violet, unnamed, but no less admired.

Whilst Major Robb was so occupied, the others found their way across a dry gully onto an island of cobble and pebbles. Here a tree was actively swallowing a large rock. In another hundred years, it might well succeed in digesting this stony meal.

Corporal Kim was suddenly startled by the sight of a large snake at her feet, slithering away from her with all due haste. Seems the plucky lass had unwittingly trod upon its tail. Upon reaching the water’s edge, it forgot its annoyance and fear, and posed quietly for a series of photographs.

Tired, hungry, and quite bereft of treasure of any monetary value, our bold band of explorers bid farewell to Tohickon Creek. Quite content were they with the joys of a day well-spent amidst the natural splendors of Bucks County. Whatever secrets Tohickon Creek yet harbors, she guards them well.