Expectations. We’ve talked before about the expectations I bring to each new area I visit. How I go to a new place with certain assumptions? Only to find the surroundings have something unexpected to say for themselves?

Last summer brought me to a new region that has been on my bucket list for a while: New York’s Finger Lakes. In lieu of the usual family gathering in Michigan, my cousin and her husband invited me to join their son and daughter-in-law and a close friend for a week at their home in Ithaca, New York. For them it would be a stay-cation; for us, a chance for new adventures in a year where a change of scenery was desperately needed.

The company of family and friends was incentive enough. To further entice me, Becky and Ron promised lots of outdoor activities. Hiking, swimming, kayaking, gorges, waterfalls…

My mental image of the Finger Lake region came from tourism guides. 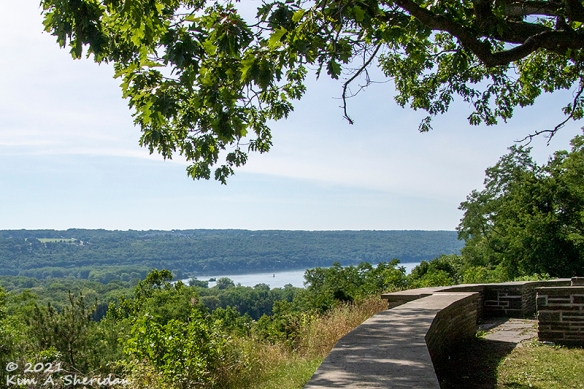 Rolling hills and lots of farmland, yes. Wineries! The Finger Lakes Region is known for its wineries. Beautiful people sipping wine while the sun sets over the lake – that’s the classic image of the Finger Lakes.

I learned right away there’s more to the Finger Lakes, and Ithaca, than wine. Much more. There’s a reason my cousins’ hometown’s slogan is “Ithaca is Gorges.”

Shortly after I arrived, they showed me why. We took a little walking tour of the Fall Creek Gorge, smack dab in the middle of Cornell University. First stop, Ithaca Falls. Like any waterway on a hot July day, Fall Creek attracted its share of perspiring people looking to cool off.

Ithaca Falls. At 150’ tall, it’s among the tallest of the 150 waterfalls in the Ithaca area.

Why so many, in a region of rolling hills and farms? The answer lies in a saga of glaciation, changing water levels and erosion, thousands of years in the making.

We’ll get into the geology in a future post (and won’t that be fun?) 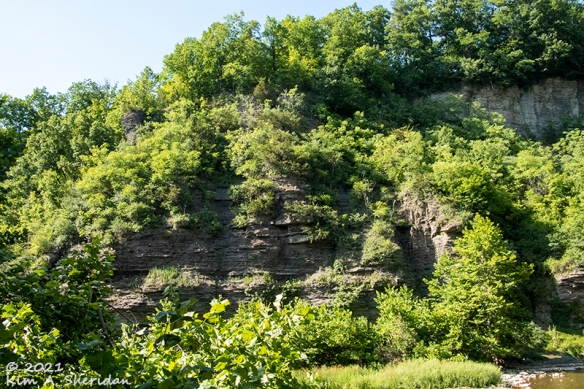 For now, we’ll just say that the valleys in which the Finger Lakes lie are very steep. Fall Creek drops over 400’ in a little more than a half-mile. Ithaca Falls is at the bottom of that steep run. Immediately I noticed how straight the layers of rock were, quite different than the sharply tilted layers at home. This caught my eye again and again.

Hopping about among the people on the rocky shore were Dark-eyed Juncos. They are winter birds at home. Seeing them here in July reminded me I was 180 miles north of home – as the Junco flies.

We took a stroll through the Arts Quad of Cornell University, where my cousin Becky has her office. She and husband Ron are both longtime faculty members at Cornell.

McGraw Tower was visible in the distance.

On the Arts Quad.

Our walk took us across two pedestrian bridges over Fall Creek. I lost track of where exactly we were along the creek.

The views from the bridges were beautiful, but I don’t have many good photos of the gorge and its cascades. The “suicide netting” on each bridge, meant to get in the way of potential jumpers, also got in the way of my photography. 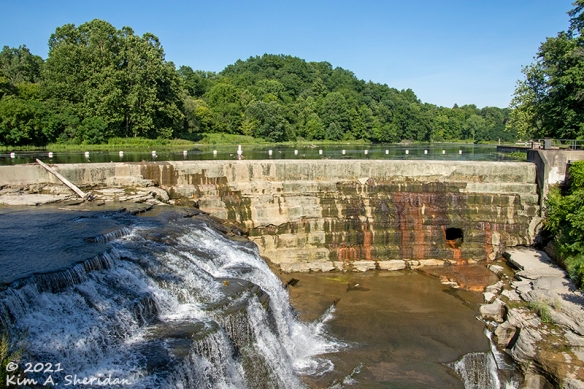 If Ithaca Falls is the bottom of the gorge, this is the top. Here’s where Triphammer Falls start, at the dam on Beebe Lake.

Two beautiful waterfalls, a number of cascades, and dramatic cliffs, all within an hour’s casual stroll – and we’re only just getting started!

After dinner, Ron and I drove down, down, DOWN the hill to Stewart Park along the Cayuga Lake shoreline. We were comet hunting, looking for Comet NEOWISE which was all the rage in July. It took a bit of time to find it, but once we did, it was a beautiful sight in our binoculars. 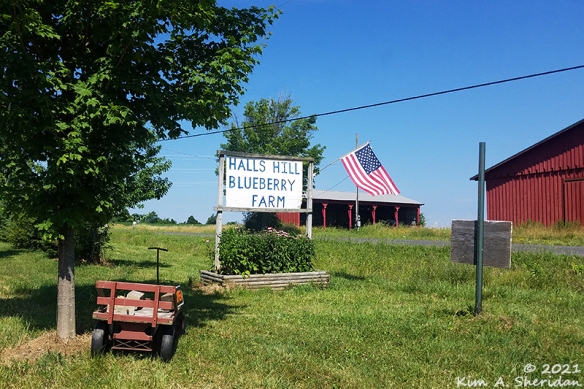 The next morning we went on an adventure of a delicious sort: Blueberry picking! 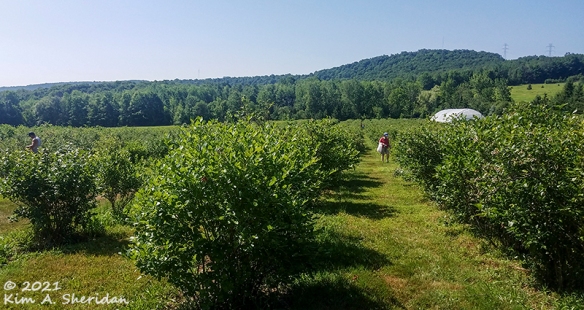 …to the end of the field.

It was still early in New York’s blueberry season. How many berries do you see here that you want to pick? Four went into my bucket.

Introducing my family: Ron and Becky, and in the distance, son Morgan (aqua shirt) and daughter-in-law Christina (white hat.)

From the depths of the bushes, Ron said something that Becky found uproariously funny.

Happy blueberry pickers. For the rest of the week a bucket of blueberries sat on the kitchen counter, and we’d snag handfuls whenever we walked by. Not a bad way to live.

Yup, I am going to enjoy getting to know the Finger Lakes. Lots of adventures to come!

2 thoughts on “Gorge-ous Ithaca: Getting to Know the Finger Lakes”